Escarpment Biosphere Conservancy (EBC) completed its purchase of Heaven’s Gate in June 2021. The acquisition served to protect culturally and ecologically significant land from development, and bridge the gap between LaCloche Provincial Reserve and Killarney Provincial Park. With three lakes and two mountains within its borders along ancient Canadian Shield landscape, the 809 hectare (2,000 acre) preserve is extremely biodiverse with many species at risk calling it home. Heaven’s Gate is a haven for species such as the Red headed woodpecker (Endangered), Eastern meadowlark (Threatened), Blanding’s turtle (Endangered), Peregrine falcon (Special Concern) and Monarch butterfly (Special Concern) just to name a few.

Heaven's Gate inspired members of Canada’s Group of Seven, some of whose iconic paintings were created in the area. Now, the original landscape, pristine environment and beautiful flora and fauna will be protected.

In Ojibwe the name is Kitchitwaa Shekwaandem, signifying a path to a heavenly place. EBC is conscientious that it has the care of a place that is part of the age-old patrimony of the Odawa and Anishnabek; which has with sound reason become central to all Canadians’ sense of the land. EBC is privileged to have responsibility for its care and will work with all who care to ensure the land endures.

This project was made possible by:

The Government of Canada’s Natural Heritage Conservation Program (NHCP) is a unique public-private partnership to support new protected and conserved areas by securing private lands and private interests in lands. The program is managed by the Nature Conservancy of Canada (NCC). Federal funds invested in the program are matched with contributions raised by NCC and its partners, Ducks Unlimited Canada, and the country’s land trust community.

“The twin crises of climate change and biodiversity loss are two sides of the same coin, and we must tackle them together. Expanding conserved and protected natural areas is one of the most important actions that we can take to curb the ongoing loss of nature and biodiversity. With partners such as the Escarpment Biosphere Conservancy, we are helping to protect the natural environment in Ontario and across the country. Through programs such as the Natural Heritage Conservation Program, our government is making progress toward our goal of conserving 25 percent of lands and oceans in Canada by 2025.”

– The Honourable Steven Guilbeault, Minister of Environment and Climate Change 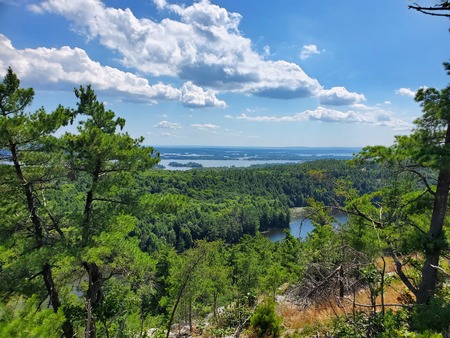