The nature reserve is connected through the freshwater stream between Stone's Lake and Wolsey Lake. Some Midland Painted turtles have been observed on the other side of Wolsey Lake. The Common Grackle (conservation status - Near Threatened) has been observed on the northwest side of Stone's Lake. Wolsey lake nature reserve will likely provide and protect suitable habitat for these two species and more from the area.

The land is located within the Manitoulin North Shore Important Bird Areas (IBA) boundaries and between two Provincially Tracked Wildlife Concentration Areas. Wildlife concentration areas are locations that regularly support groups of associated species during parts of their life cycles (such as breeding or migrating). These species concentrations may occur seasonally, semi-annually, or annually. They recur and take place in distinct, definable areas. A Mixed Wader Nesting Colony area has been identified 1.5 km south of Wolsey Lake. The observation recollected by Ontario Bird Atlas indicates a Great Blue Heron Nesting Site/Colony within the IBA area. Also, a Colonial Waterbird Nesting Area, Ring-billed Gull Nesting Site/Colony was identified 3.6 km north of the nature reserve.

Wolsey Lake is also considered a priority for conservation under the Great Lakes Conservation Blueprint for Biodiversity due to the shoreline habitat. 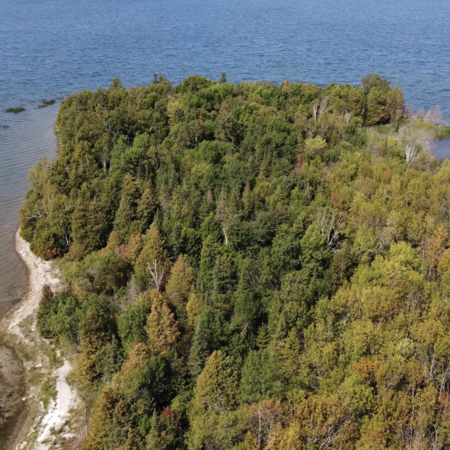