Barn Swallows frequently dwell in close proximity to humans. They almost exclusively make their cup-shaped mud nests on human-made structures such as open barns, under bridges, and in culverts. Barn swallows favour open structures such as ledges where they can build their nests. They will often re-use the the same nest for multiple years. Because mud does not attach as well to polished surfaces, they tend to choose unpainted, rough-cut wood.

Barn Swallow populations in Ontario have declined at more than 2.5% annually, resulting in a cumulative loss of 66% since 1970. They are now considered a threatened species.

Barn Swallows and EBC:
Barn swallows have a home on 13 of our nature reserves. Help us protect more Ontario land to provide more homes for this threatened species. Donate by clicking here! 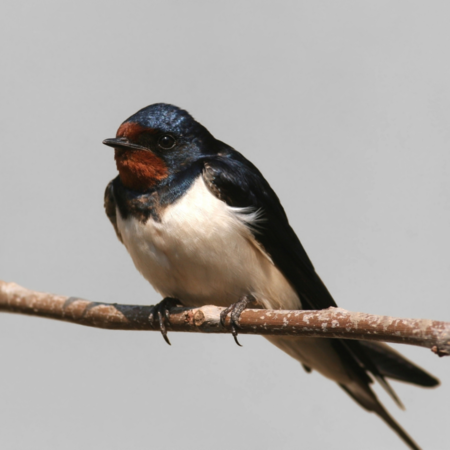