Species of the Month: Bobolink (January 2022)

Insects and seeds are the most common food of choice for Bobolinks. Insects, arachnids and myriapods (centipedes, millipedes) make up the majority of their summer diet. They also eat a lot of grains, grasses and seeds of weeds. During their migration they feed more heavily on grains and in winter months in the tropics they will also consume some berries.

Despite Bobolinks declining status, they have been spotted on 19 of EBC's nature reserves.

Due to the lack of nesting habitat, their conservation status has deteriorated dramatically in recent decades. Bobolinks are now considered Threatened species in Ontario and are protected under the Migratory Birds Convention Act. 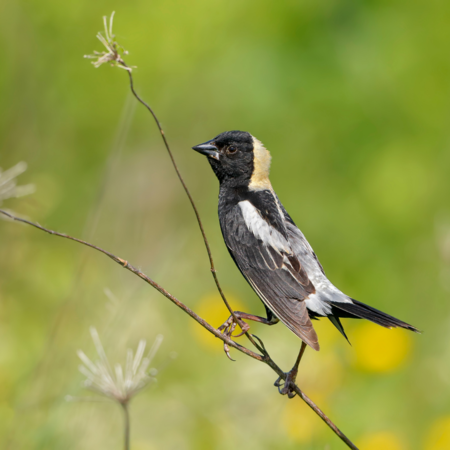