Species of the month: The Golden Eagle

The Golden Eagle is one of the largest, fastest, and most agile raptors in North America. They have also been spotted on our Page and Palmer Reserve! 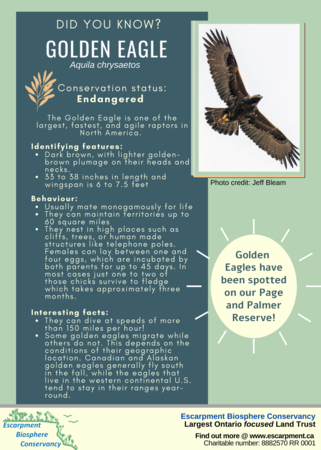