Anita grew up in Hamilton a few blocks from the Niagara Escarpment. Since the Niagara Escarpment was on her doorstep, she regularly hiked its trails, walked along its old railway tracks and explored waterfalls. It was a wonderful way for her to escape into nature and reap the benefits of all nature has to offer.
Anita and her sister inherited an area of wetland near the Escarpment, designated for conservation use only. She later met EBC's Executive Director, Robert Barnett, through volunteering for community groups. Anita and her sister were very pleased to learn about us as a charity and the role we play in preserving land in Ontario. Because of this, they subsequently donated their land to EBC.
Through land donation, Anita learned how valuable EBC is, and offered to help out in the office, mailing out newsletters, and doing other important tasks. Anita’s efforts speed up our contact with each of you and bring a fresh perspective into EBC as well as a smile that encourages us all.
Thank you for your continued voluntary efforts Anita! 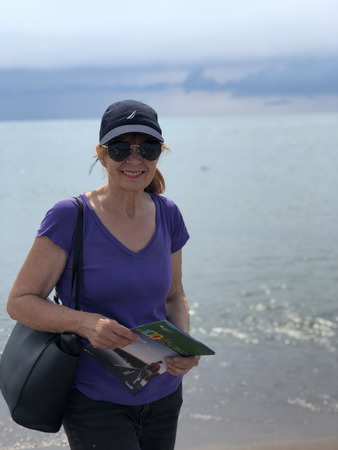