In communications with Doug as to how and why he became involved with EBC, he responded with the following:

"My father taught me to appreciate birds at a young age. At that time, I lived in Ithaca, NY and he would take me out birding most evenings and every May Saturday morning when the Cornell Lab led bird walks. By the time I was 12, I had been introduced to bird sound recording, had my own Gibson parabolic reflector and was taught the ropes by Peter Paul Kellogg. He took me on a trip to record Bahamian birds in May 1971.

My most recent engagement with bioacoustics monitoring began with the Hamilton Bioacoustics Research Project. Rob Porter and I have been deploying recorders and analyzing their sound files since Dec 2018. In May 2020, Justin Kezsei introduced me to the EBC. I loaned him a couple of “AudioMoths” which he positioned on several EBC reserves that month. We hit pay dirt almost immediately with multiple species at risk, including a Kirtland’s Warbler! This year I have been privileged to be part of a significantly expanded effort on many more EBC properties.

I have been using the bird vocalization analysis tool called BirdNET and have my own installation which takes advantage of large numbers of GPUs (“graphics processing units”) to greatly increase the speed of the analysis. Its machine learning is impressive, but I have become very familiar with the circumstances where it makes mistakes. For example, coyotes are often misidentified as loons! I also maintain a large database of the audio detections made from every recording.

When not working with my great colleagues in the EBC, I am a Professor in the Department of Physics & Astronomy at McMaster University where I am an observational astronomer and currently also Vice-Provost and Dean of Graduate Studies."

Thank you for joining EBC's team, Doug Welch, we are very grateful for all of your volunteer contributions! 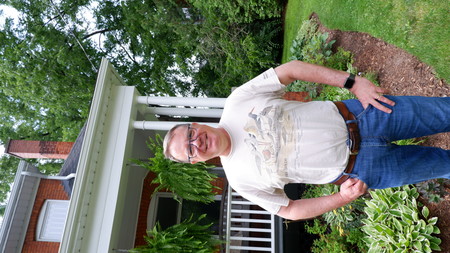